It’s clear that girls often struggle to succeed in male-dominated professions, often being held to higher standards and having to prove their worth more than their male peers. But intelligent girls seem to have another hurdle when it comes to success in any subject: themselves.

According to an article in Psychology Today by Heidi Grant Halvorson, a study of fifth grade students by psychologist Carol Dweck found differences in how intelligent boys and girls handled new and challenging material. The bright girls were more likely to give up when faced with complex material than boys, and the higher IQ the girls had, the quicker they were likely to do so.

So why do smart girls give up when challenged more often than boys? Halvorson suggests the issue is confidence. Even though fifth grade girls are often outperforming their male peers, their confidence levels do not seem to match that of the boys. While the boys “saw the difficult material as a challenge, and found it energizing,” the girls were more likely to “doubt their ability, to lose confidence, and to become less effective learners as a result.”

But why is this so?

Researchers suggest that the answer lies in how students interpret difficulty. Apparently, “more often than not, bright girls believe that their abilities are innate and unchangeable, while bright boys believe that they can develop ability through effort and practice.”

And why do these different attitudes develop?

According to Halvorson, “[g]irls, who develop self-control earlier and are better able to follow instructions, are often praised for their “goodness,” [implying] traits like smartness, cleverness, and goodness are qualities you either have or you don’t. Boys, on the other hand, are a handful [and] are given a lot more feedback that emphasizes effort (e.g., “If you would just pay attention you could learn this”). The net result: When learning something new is truly difficult, girls take it as sign that they aren’t “good” and “smart”, and boys take it as a sign to pay attention and try harder.”

So what can we do to help?

It is important to reinforce to ALL students that skills are malleable, that is, they can be changed, and success in anything takes hard work. Students who practice setting goals for themselves and who are encouraged to challenge themselves, whether academically, athletically, creatively, etc., are more likely to adopt a positive attitude about their abilities, be more confident in what they can accomplish even when initially challenged, embrace difficulty, and practice persistence.

Want to learn more?
Check out these blog posts:
‘What Makes Us Smarter‘
‘How to Learn to Learn‘
‘Help Your Child Develop Confidence‘ 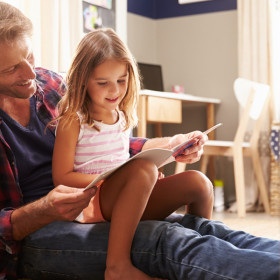 Understanding Literacy and Your Child 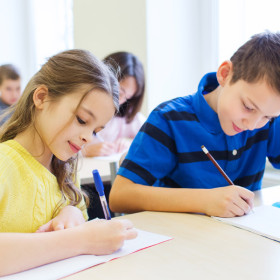 How To Keep Your Kids Motivated in School