We’ve discussed some of the reasons that students are likely to procrastinate before, but this great animated video from asapSCIENCE digs into the scientific reasons that cause procrastination.

Procrastination is linked to rewards. Rewards in turn are linked to motivation.  If there is a choice between two things to do, one that brings immediate rewards and one that has rewards that won’t be given for a while, the brain chooses the immediate reward. The closer the reward, the higher the motivation.  So techno distractions (YouTube, Facebook, endless Tumblr memes) have have more immediate value than getting an A+ on next week’s test.

HOWEVER, the closer that a reward seems, the greater its value. So the night before a test, suddenly the good grade seems more important. That means cramming.

So what’s the solution?

The video offers some great tips to help students of all ages trick science and their brain to overcome habit-forming dopamine and beat nasty procrastination for good.

1. Since the brain is seeking rewards, provide rewards in intervals.

2. Use a time to set a time frame for reward intervals. (The Science-y name is the Pomodoro technique.)

4. Impose your own deadlines.

5. Put a positive spin on how you think about the work.

6. Make a list of the reasons why completing a task is a good idea.

Now take three minutes to watch this great video and get a better understanding of procrastination. 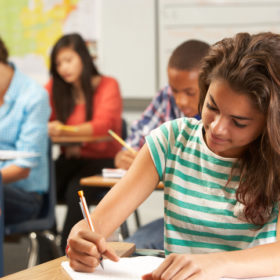 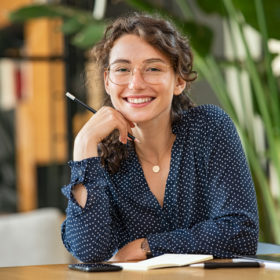 How to Be a Note-Taking Superstar How to Develop Stronger Reading Habits

Nurturing A Growth Mindset in Students