School Systems not Keeping with the Times

An article in a recent issue of Time Magazine says that in a society filled will technological development, social change, and health care advances, one thing remains a shining beacon of the past: our school systems.

“Today’s economy demands not only high-level competence in the traditional academic disciplines, but also what might be called 21st century skills.”

The big issue, say the article’s authors, is that kids who graduate from our schools will not have the skills required to make it the world outside of school. It’s a global economy, and students need to be prepared for it in school, so that they can participate in the global market.

But what does this mean? What are the 21st century skills?

So, if schools aren’t modernized, then how can they possibly produce students who are able to compete in the modern world?

The answer, according to Time, is that for the most part, they can’t and they aren’t.

But, there are exceptions. The article gives some examples of “enterprising administrators” and what they are doing to adapt their curriculum to the ever-changing market. Things like teaching media awareness, information and communication technology awareness, collaborations skills, and second or third language development were noted in the curriculum in the standout schools.

How to Bring U.S. Schools out of the 20th Century. Claudia Wallis and Sonja Steptoe Time Magazine. December 18, 2006

What is your school, your kid’s school doing that is exceptional-that is cutting edge or forward thinking? We’d love to know.

Tell us. Leave a comment in the space below. 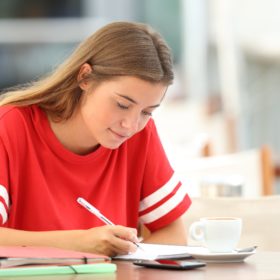