With final exams right around the corner, now is the perfect time for students to think about how effective their studying habits are.

Let’s be honest—studying sessions tend to look like this:

However, most students aren’t aware of how multitasking affects information retention. It’s time to log off of TikTok and put your iMessage on Do Not Disturb.

Why Multitasking While Studying Never Works

We all pride ourselves on the fact that we can multitask. However, multitasking while studying isn’t beneficial to anyone.

Slate.com reported on the lab of Larry Rosen, a psychology professor at the California State University. They conducted a study where they watched 263 students complete their homework. The researchers recorded what each student was doing every 15 minutes.

The researchers used a checklist to see if they were writing, reading, typing or looking at social media, texting, talking on the phone, or watching TV.

While the students were aware that they were being watched and were supposed to be studying, it wasn’t long before their attention was diverted. The researchers found their on-task behaviour began to decline around the two-minute mark. This was when the students started responding to texts or checking their social media.

When the 15 minutes were up, students had spent around only 65% of the time doing their schoolwork.

It seemed that the students could not work for more than 15 minutes without taking a break. This habit has become all too familiar to students growing up in a technological world.

Multitasking While Studying: The Evidence Is In

The evidence is clear: when students multitask while studying or doing their homework, they do not learn as well as when they put their full attention into the work. Students will understand and remember less while multitasking and they’ll have difficulty conveying their learning to new contexts.

Some researchers say that the ability to resist incoming messages on their cell phone is the new Marshmallow Test. This self-discipline could determine students’ potential academic success levels. If students are unable to stop themselves from multitasking while in class, it could affect their academic success.

The brain becomes fatigued when switching from task to task. Students might think that texting or scrolling through social media doesn’t seem like a complex task, but it uses the same brain area that listening to a school lesson does.

However, humans can do two tasks if they use different brain areas, such as doing laundry and watching TV. It’s simply not true that students can learn as well while multitasking. Simply put, students need to give their undivided attention.

What Can Be Done? Take a Tech Break!

Most students probably won’t acknowledge that media multitasking is a problem. But we can’t deny what studies have shown—being distracted by technology while learning leads to poor grades.

In Rosen’s study, they found that students who used Facebook for 15-minutes had a lower grade-point average than those who didn’t use Facebook.

Given that technology isn’t going away any time soon, what’s the solution? Well, Rosen has a great suggestion: tech breaks! After every 15 minutes of uninterrupted work, students take two-three minutes of technology time. It’s kind of like a reward: students will stay focused and learn better when they know there is a reward at the end. There are also many tips and tricks that students can use for effective studying. Check out these eight scientific tricks to help students study better here.

Contact your local centre today to learn more about how Oxford Learning can help your child to develop impressive studying skills and get the most out of their education! 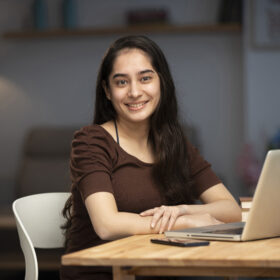 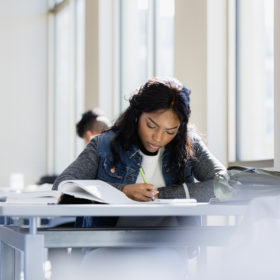