Praising Children for Effort Rather Than Ability

When praising your child for a job well done, recognize the effort they put in instead of their natual ability.

Why? When students think they are born with a particular skill, they are less likely to put in additional effort. They practise less, study less, and try less.

Instead of recognizing students for being naturally gifted, focus on offering praise for the effort they put in to reach their goals. Praise can be an extremely important factor in a student’s growth. It is used to motivate, encourage and inspire children.

Too much praise can also work the opposite way. If children are consistently praised for something that they essentially have no control over, they will feel powerless and unable to find a solution when they don’t succeed. This can lead to a fear of failure, which damages self-confidence. Instead of saying, “you are so smart,” try “you worked really hard. Awesome job!”

Stanford psychologist Carol Dweck‘s research on effort and success found that people tend to have one of two different mindsets when it comes to ability— either a fixed or a growth mindset.

People with a a fixed mindset believe that you are born with natural talents and abilities or not.

People with a growth mindset believe that persistence, effort, determination, and practice are the keys to overcoming any obstacle. Check out these tips to help students develop a growth mindset.

Praising effort rather than skills or natural ability helps students of all ages learn that the work they apply leads to the results they want. Skills such as perseverance, dedication, and determination help students learn to take risks, learn from their mistakes, and move on from setbacks. 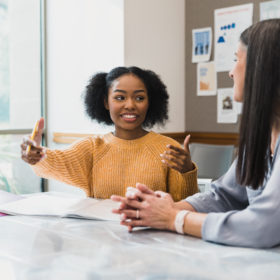 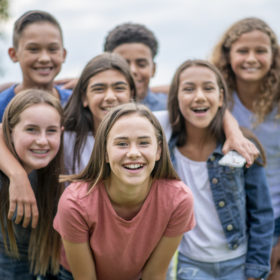 7 Essential Skills All Successful Students Have 5 Steps to Unlocking Every Student’s Potential The Power of Active Learning